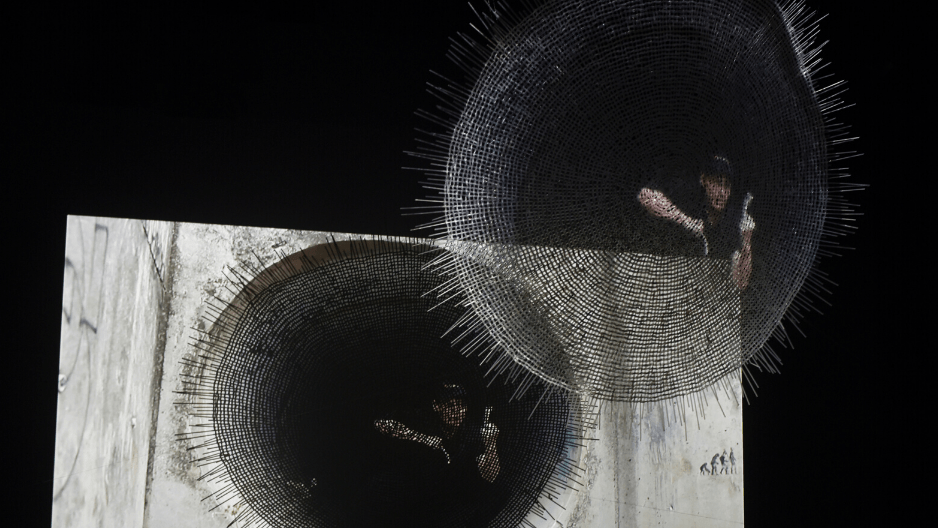 Damnit. I was going to write a blog sending you links to dance classes and other free online resources as suggested, but I figured you a clued in and know how to avail yourself of the services of google just as well as I do. Then I was going to write some piece about the 6 scientific benefits of being bored and pepper it with statistics, maybe even a study or two. I realised I would be pushing my luck to find a graph, besides somebody already beat me to the punch, so just google that if you want definitive evidence.

Again, I’d like to remind you guys that I am nearing the pointy end of a PhD where meltdowns ensue. There is now a countdown timer that occupies the part of some crucial cortex in my brain that constantly warns it to get cracking. The closer I get to the midnight hour the louder that alarm rings, but to no avail because I am inert. I am still wandering aimlessly, although now also in a constant state of panic, achieving absolutely bugger all.

To get to the point of this blog I want to preface with three short stories. They are tried and true, meaning they’ve been told and retold, elaborated, embellished and thankfully for you, expurgated, but don’t skip them. Or do, depending on how much time you’ve allocated for me.

The first story begins in the spinifex in a small town in the Kimberley of Western Australia in the late 80s, when I was a student with NAISDA Dance College, on what we called ‘trad trip’ and which is now referred to as ‘cultural residency’. Trad trip involved spending weeks in a remote community, as guests, learning the dances and customs of the people.

This one day we got up and we were told there was going to be big mob come dancing with us. We were all excited. The men and women were separated. We women walked to a secluded spot and sat. The ground was hard and the spinifex prickly.

The old ladies mixed deep red ochre pigment in a bowl with crisco cooking oil and took us aside, one by one, to paint us up. We were getting our breasts painted. I remember being nervous because I didn’t want to take my clothes off and I certainly didn’t want the fellas I danced with to see me with my sousous (breasts) out, but I realised how special the opportunity was and how generous the ladies were in sharing their long held rituals. So I anted up and took off my t-shirt and bra and succumbed to the experience, which involved being lathered in more crisco oil, before the ochre was eventually applied.

Us women sat baking in the sun until the ochre had set on our skin before putting our shirts and bras back on. I got sunburnt. Then we sat there until the sun started to set and the heat left the air. We sat there more than long enough for me to lament the ruination of my expensive new white bra.

That night we sat huddled around a fire with big enamel mugs of tea to keep us warm while the men danced.  Just after 10.30pm we women danced, with our shirts off but our bras on (keeping those illustrations a secret), for a whole ten minutes!

Story number two begins with me sitting at the impressive conference table that could easily accommodate more than 15 corporate suits. On this day, I appeared before a comparatively small panel of around six, each with my application open before them. As they began the crucial interviewing process all I could think about was the money and the opportunity this would afford me, oh and the prestige associated with the award, the Helpmann Fellowship. I wanted it so badly and just knew it was within my grasp. So much so, I could virtually feel the wad load of polymer currency in my palms. Just as I was picturing my success (marked by the mandatory larger than life-sized poster outside an impressive yet nondescript theatre) I was rudely brought back to reality as one of the panellists asked me how I would conduct the research I had planned as part of an artistic residency after I arrived in the remote Aboriginal community.

I sat there dumbstruck, wondering how to answer. I knew what I would actually do but I realised it might not be what the panel wanted to hear. I decided to be candid anyhow. “I’ll do nothing,” I said.

“You’ll what? I don’t understand. Can you elaborate on that a bit?”

“I’ll sit and wait for them to trust me.”

“But how will you actively conduct research?”

“I won’t,” I replied and as soon as those words passed my lips I knew I’d blown it. I didn’t really need to wait for the obligatory email which followed stating, “…you were among a high calibre of artists but unfortunately you were unsuccessful on this occasion.” I could see a vision of a small bonfire spewing forth small toxic fumes from the fifties I wasn’t going to receive. How could I tell them that in this Australian Indigenous context it would’ve been considered rude to ask questions and that with time I might’ve earned the information? Been ready for it.

My last story is more of a retelling of an incident with a highly regarded mentor about the opening of a show titled Long Grass.

After watching a run in the theatre he told me to cut the first twenty minutes of the show because it was too slow. I was gutted and informed him I wanted the audience to empathise with the feeling of time as a heavy weight that interminably yawns before you. He replied that I had succeeded because he felt bored and he didn’t think I should put an audience through it.

After scrambling to rejigger the opening I decided to leave it as is because I couldn’t pay the overtime needed to keep the techies on and the cast wanted to go to lunch. I received mixed reviews.

In Long Grass and many more of my productions there is a growing component, which usually involves some sort of home made arts and crafts. In Pack there hundreds of wooden pegs glued and stacked together to form fragile ant mounds. In Briwyant there were thousands of playing cards slotted and glued into jigsaw matting to form a topographical dot painting of a river. In Long Grass baskets were woven out of plastic straws for spinifex then recycled to form a big plastic straw portal to the Dreaming in plenty serious TALK TALK.

A young fella working with me on Briwyant coined the term inching. He said it was the art you made for the imagination because you didn’t need to think as you repetitively inched along.

So, my point, don’t beat yourself up for being unproductive. Don’t run from boredom. Instead embrace the slow bake, watching the tumble dryer spin, staring at the swirling pattern of your fingerprints, taking time out to do the thousand piece jigsaw. This time of Covid-19 should not necessarily reflect the empirical regimental edicts of temporality that dictate we have to constantly fill it with notions of production and being actively productive. Where’s the creativity in that?

As an artist I will not be bullied into making quick art for the changing market so it and myself can finally be validated by the corporates that don’t even realise they have everyday artistic needs. I will make art that meaningfully reflects and responds to this time, in the time it takes.