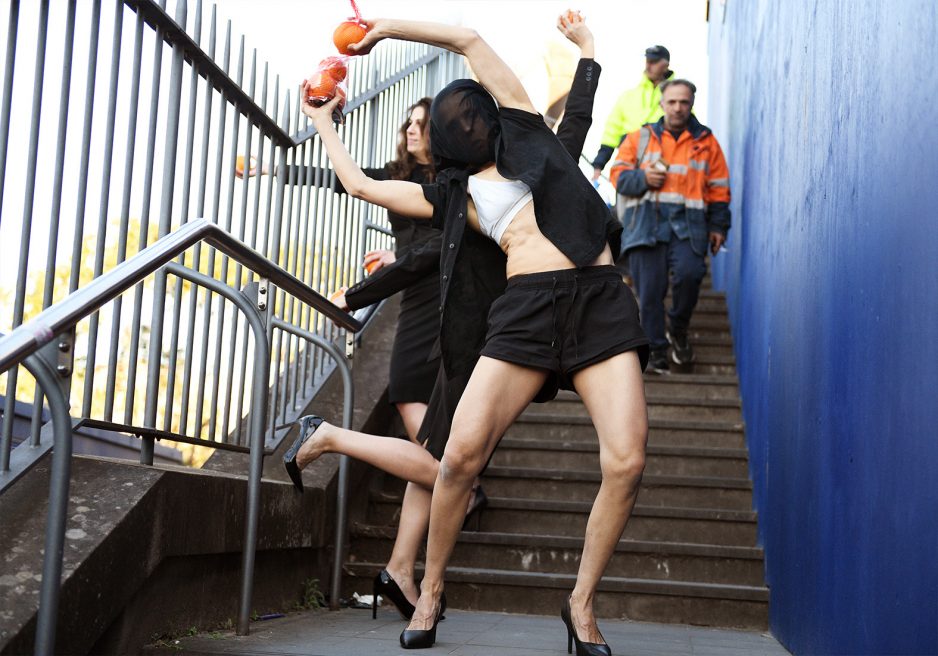 Home | Blog | When Is It OK To Accept A Dance Job For Free?

When Is It OK To Accept A Dance Job For Free?

This has proven to be, like our native foliage, a perennial question that rears its ugly head with alarming regularity and has once again come to the forefront of our collective consciousness, after representatives for the AFL grand final entertainment placed a call out for strong dancers, aged 15 years and above, to take part in the half time performance proceedings to be held at The Gabba in Queensland, later this year. After a backlash from the dance community the group in question hedged the issue by clarifying that there has always been a community ‘mass activation’ component and that the community participants would be working alongside paid professionals. Of course the hole in this argument lies in the fact that if it is community involvement the organisation are seeking to promote, then skill should not necessarily be the main attribute for sourcing participants, but rather enthusiasm and a willingness to join in. Once skill enters the equation then the request for participants actually becomes a part of a job application process. Using the term ‘community activation’ in this case does not alter the situation but it does act as a form of obfuscation, of deliberate deceit.

After the arts sector was done over through holes in the jobkeeper initiative, which left many of us in a deep financial hole during this Covid crisis, the last thing we need is a public celebration which reinforces the overwhelming sentiment that the arts are non-essential services, and that artists are essentially hobbyists.

So I ask the question again, when is it OK to volunteer?

I ask this coming off a recent job where I was paid in radishes. Yes a bag of radishes! Albeit a sizeable bag. I didn’t realise until much later that I will be properly remunerated for that gig. In that case I was prepared to do it for good gut fodder because I have a long standing relationship with the artist in question requesting my involvement on the project because our collaborative history has enriched my practice in leaps and bounds. Where once all I sought was the punch line to my predominantly physically comedic perspective, through exposure to the artist in question’s processes and sensibilities I now have tools for seeking out moments of gravity and poignancy to balance my predilection for humour. Yes Marian Abboud, I am prepared to flounce around in a pair of black boxers and high heels, whilst also donning a stocking mask, with an orange acting as an oversized pacifier, in a busy thoroughfare in Woolloomooloo to get that perfect shot because, believe it or not, I am up skilling.

Over the past two years I have acted as a mentor slash, outside eye slash, dramaturg on three choreographic projects. On two of those projects I found myself in the position of volunteer because the artists couldn’t secure adequate funding. I rationalised that because I had received the OZCO dance award in 2019, which came with a considerable financial reward, when the opportunity to freely share my experience was warranted and I was able, I was compelled to fulfill it. First and foremost, I believed in the two choreographers’ abilities and secondly, I remember the considerable unsolicited support I have received throughout my career.

As a dancer I am sure I am not alone in having had the conversation about the inevitability of finding a ‘real job’ to either back up my pursuit of steady employment in the arts, or to eventually replace it. The frontline it seems, is actually the home front. In my case, it has taken almost thirty years with constant self declarations of success which go like this, “Mum, believe it or not, some people think I’ve made it!”

Too many times artists have succumbed to the carrot of exposure that has been dangled before the artist’s nose. As artists we have to continue to take control of our professional trajectories by ensuring events like the  AFL half time entertainment are held to account. Unfortunately, it will be an ongoing battle as the success of our ‘Best Games Ever’ that was the 2000 Sydney Olympics was underscored by thousands of skilled volunteers, who worked alongside an army of unskilled volunteer labourers, to set a very unhealthy benchmark in regards to sporting events entertainment.

We have to ask ourselves, “Is there the presence of a niggling feeling of resentment or exploitation?” then we have to reassess the long and short term financial and emotional implications. “Will I gain skills? Will there be a networking opportunity? Will the experience enrich my life in some capacity?” If not, realise the power lies within us to just say no.

There was a time as an independent performer when I was doing the corporate circuit where I would get a performance fee. That’s it, no remuneration for rehearsals, venues, costumes and travel. Just a denominational dollar sign to cover a fifteen minute slot in front of sometimes hundreds, if not thousands of people. Invariably some, if not most, of the event managers would preface the deal with, “We only have a small budget” or “The budget is tight” or “Would you be willing to do it for…”

My advice, run to the hills. But inform them first. We won’t get better results if we aren’t our own best advocates.

Ultimately, the answer to the recurring question of whether or not to volunteer is to go with your gut.

Ironically, the exhibition I am part of, which is well paid, is titled Juice and is a part of a larger exhibition titled Sports Show which examines the intersection between art and athletics now on at Pari Gallery in Parramatta featuring Marian Abboud & myself, Brook Andrew, Cigdem Aydemir, Dhinawan Dreaming, Elvis Richardson, Samia Sayed & Koumbah Semega-Janneh, Feras Shaheen and current Sulman prize winner Marikit Santiago who is also showing at the Art Gallery NSW as part of the Archibald’s exhibition.