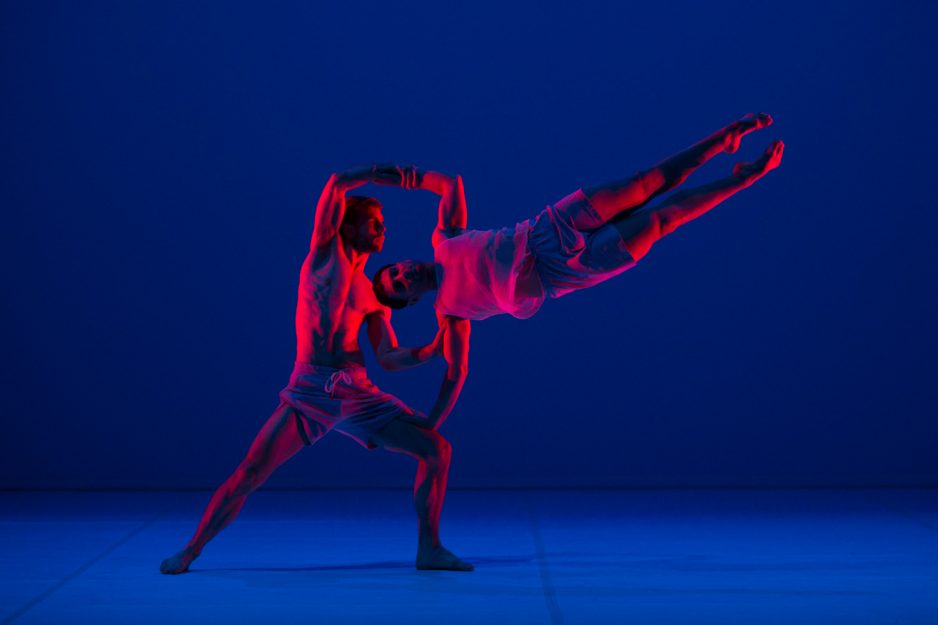 As my legs peddled like the clappers to the sorry accompaniment of my wheezing lungs homeward bound afterward, I simultaneously lamented my own physical shortcomings, whilst still mentally immersing myself in the kinaesthetic prowess I had just witnessed.

On my way to the bay earlier I figured I had half this blog crafted in my head already, with a few angles, or a starting point at least, from which to launch.

I have been inordinately preoccupied with marketing of late, mulling over the importance of, and connection between, marketing copy and artistic product. As a self confessed dance class junkie, I had been meandering up and down the Sydney Dance Company studios in Walsh bay, past the ubiquitous posters for Untamed for at least a month or two, in the lead up to the event. The lifesize promotional placards consisted of two bodies loosely entwined, composed and manicured to the extreme. A visual example of the antithesis of the suggested meaning attached. Or so I thought.

Besides this marketing conundrum I intended to address Bonachela’s title- Anima. Except when I read the fine print on the post card my failing eyesight saw Anime. Yes, the Japanese form of hand drawn cartoon illustration.

Good thing Bonachela came out to personally introduce the work or else you’d be reading an altogether different piece of misleading propaganda. You see, I was all prepared to make comparisons to emerging choreographer Ghenoa Gela and her penchant for Asian illustration, demonstrated most recently through the costume design of her Kier Choreographic Award winning work Fragments of Malungoka- women of the sea, featuring dhurries (Torres Straight Islander head dresses) crafted in surrealist distorted proportions. Or of Gideon Obarzanek’s early Chunky Move works featuring then agile (b-boy style) duo Byron Perry and Luke Smiles with fellow performers Narelle Benjamin and Brett Daffy (Bonehead and Corrupted come to mind), which tapped into a similar larger than life surrealist perspective, expressed through a contagious physicality coupled with Obarzanek’s singular offbeat humour.

So back to the drawing board.

This was inevitably initiated through a series of google searches which began with simple definitions of anima, leading to a wikipedia page which introduced me to pioneering psychoanalyst Carl Jung and then another series of searches on the importance of dreams and the ‘collective unconscious’ (a term underpinning Jungian theory).

Bonachela self described his intended use of the term anima simply as the soul. Jungian theory specifically differentiates this from personality, describing the anima as the inward feminine shadow-self component of man (the female equivalent being the animus).

Armed with this newfound information Bonachela’s creative intent became clearer. The manicured image, which initially appeared at odds with the overarching theme; Untamed, simply implies an exterior self, although in combination with the title it hints at other, more diverse possibilities.

In the work Anima, we are witness to the innermost will of the dancers whose physicality almost defies human endurance. This concept of soul and the ephemeral nature of it, was enhanced through the accompaniment of projected, out of focus, dancing bodies, designed by Clemens Habicht, which served both as an augmented lighting source and as partners to the tangible forms on stage. These celluloid others appearing as incandescent flames.

It is the duet, performed by Cass Mortimer Eipper and Petros Treklis, which ultimately personified the concept. This performance was undoubtedly the highlight of Bonachela’s work, elevating the dance as a whole. We were able to discern the ambiguity and complexity of the anima. We were witness to the exterior masculine strength in the partnership exhibited through the repetition of slow counter balanced lifts juxtaposed with subtle gesturing, which added a sophistication of nuance to this more poignant vignette.

Anima proved to be the ideal companion piece to Nankivell’s Wilderbeest, which also portrayed a dichotomy, juxtaposing the individual with the collective. I remember seeing this work as a part of the New Breed initiative two years previously. I instantly recalled Nankivell’s consummate choreographic capturing of the beast; the unpredictable volatility of the intuitive being, rendered through mesmerising vocabularies existing within her solos, set against the backdrop of mechanical precision in her group formations.

This time though, I was able to step back and appreciate Luke Smiles’ closely knit musical score and Ben Cistern’s moody lighting, a highlight of which was the repeated shift from hot to cold down lighting through a thick fog of haze, executed in unison to the sound of an assaulting grinding pulse, whilst bodies scarpered to and fro’ across the stage in ordered chaos.

This was one of the most physically demanding seasons offered by the company due to the contortionist vocabularies and oft times frenetic pace. If you wish to see all the body is capable of and are craving a live theatrical equivalent (albeit clean cut) to maverick advertising guru Todd Sampson’s Body Hack (network 10) then you’re in luck. Playing @Roslyn Packer Theatre until the 29th.