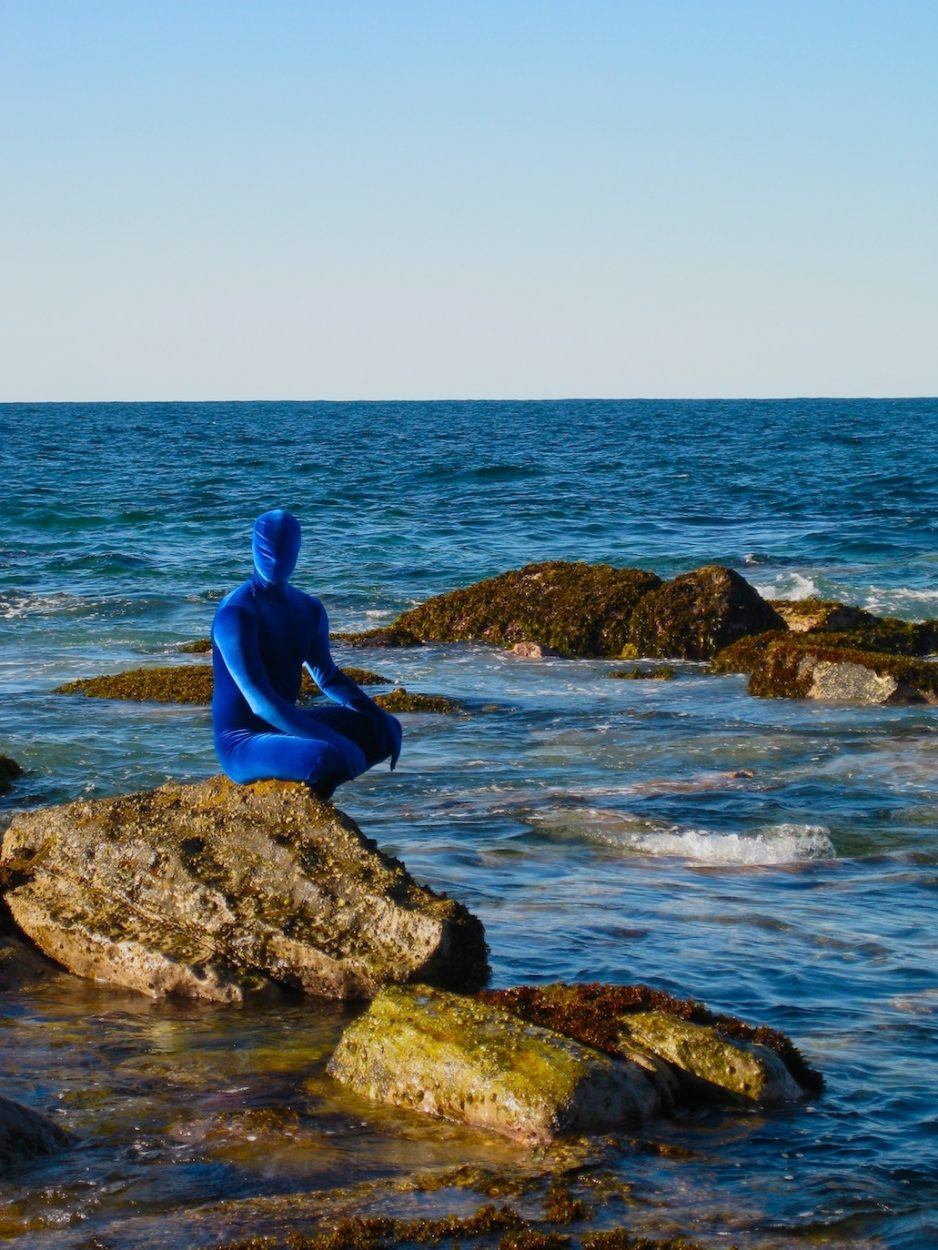 Only two days to the opening of the fourth and final instalment of FORM’s 2012 Dance Bites season – Prime: Orderly, a new work by Dean Walsh. It comprises two pieces. The first is a solo by Dean, called AnEnemy. The second is a trio, Under Pressure, performed by Dean and dancers Natalie Ayton and Kathryn Puie. A couple of weeks ago, I caught up with Dean for a quick interview:

Dean, you have been the Australia Council Dance Board Fellow for the last two years. Last year, at the beginning of your fellowship, you presented the solo Fathom at Performance Space. Now it’s almost the end of your fellowship and you show Prime: Orderly. How do the two works differ, would you say?

Prime: Orderly is a distillation of just a few things in the fellowship research, as opposed to Fathom when I was overwhelmed, thinking about all these ideas for three years or so. I was concerned with the question: What does it mean to launch into all of this by myself? Fathom was a kind of smorgasbord of ideas.

I read somewhere in the publicity for Prime: Orderly that this is not only the title of the show but also the name of the scoring system you have been developing as part of your Fellowship. When I interviewed you for RealTime last year, you mentioned the scoring system was called Foreign Language?

Foreign Language was what it was before I really went into the whole marine and environmental thing and started to find very immediate links to my experiential scuba diving side. And as soon as I started doing that, I thought it’s not really a foreign language, and I don’t want it to be seen as something that would be foreign to anybody. I would rather that it’s a primordial touch down point that anyone can relate to in some way.  Primordial means ‘first’ or ‘the beginning of’ and that’s what it feels like – a sort of a new beginning for me, a new way of referencing ideas, the way I move and the way I teach classes.

Prime: Orderly consists of two works. The first piece is a solo?

Yes. The solo is a distillation of elements of Fathom, especially the investigation into the Faceless Predator, a character I played with in Fathom. And I’m interested in questions surrounding his perception: Is it a predator? Is it a prey? Is it a victim? What is the position of this entity?

What is the connection between the first and the second piece?

There are a couple of hooks in the first piece that suggest elements the second piece explores, which is the trio. I’m basing it very loosely on the timeline of a scuba dive, a standard hour-long scuba dive but where things go awry.

You are well known as a solo performer, and you have choreographed group works. Is this the first time you have created a group piece in which you are also performing?

It probably is, you know. I am just trying to think. Well, actually it’s interesting that you bring it up – the very first work I ever made, with Paul Cordeiro and Felice Burns, was a trio. It was called Homme Fatal, back in 1991, I think. It was the first piece I made outside of school. That’s funny! And interestingly enough, I’m doing it for the same reason, which is, I didn’t want to do another solo. I had done a little solo at Bodenwieser Dance Centre and Paul and Felice liked it so I said, let’s extend it to a trio. Similarly with Under Pressure, this is taking elements from Fathom, using the structure and the timeline of a scuba dive, and the potential situations that can happen in a dive, as reflective of the larger state that we find ourselves in, generally speaking, about the environment, with debris and pollution. It’s got a sense of irony and humour to it.

Oh, we like that! How does this manifest itself in the work?

We found something a few days ago and I think it needs to be in the piece. There is a state in scuba diving, if you’ve been down too long and too deep, you can sometimes get something that is called Nitrogen Narcosis, which means your Nitrogen loading in your tissue becomes so acute that it can make you hallucinate. If you don’t come up, you can fall into what is known as ‘rapture’, it’s as if you are having a big Ecstasy trip. Everything just becomes beautiful and gorgeous and you can get really silly and people start doing all these silly things, and they tend to want to go deeper. People have died that way but it’s very rare. Usually you can see the signs.

Has that ever happened to you?

I have had the smallest version of it one day where I started to want to grab my diving buddy’s fins. I had that impulse, wouldn’t it be great to just pull her fins, and I straight away thought, oh, I think I better come up. But it’s very rare. We were just down at 25 metres for maybe a little bit too long.

So you’ve got a moment like that in the piece?

Yes, it seems to be growing, which I quite like because we are equating it with maybe doing something for too long. We have been pillaging the ocean for too long, we have been doing certain things for too long. Maybe things are getting a bit ‘narcotic’ and a bit crazy and we need to start fixing the situation.

The works sound issue-based, to a certain degree. Are they pure movement pieces or are you using spoken text as well?

That’s an interesting point actually. I came up with the idea of having a specialist speaker and a moderator/facilitator each night. It’s because I wanted to cross these two disciplines over – scuba diving and marine immersion on one hand and dance on the other.

How are they going to feature in the work?

We are going to tie the speaker in, with a 7 to 8–minute talk, into my solo. I am going to tell a story about a positive experience with a Great White Shark, which hopefully sets up the space for the speaker to tell something much more scientific. And the idea is that once that piece is up that the moderator says to everyone: “Go and have a drink, and come back. After the break there is a trio and then we’ll have a Q & A.” There is going to be a different speaker and moderator/facilitator each night. I think it’s quite nice that there will be a different feel to it each night, that side of it at least.

Who are the speakers? And who are the moderators/facilitators?

This sounds like a great project. Good luck with it. I am much looking forward to seeing the show.