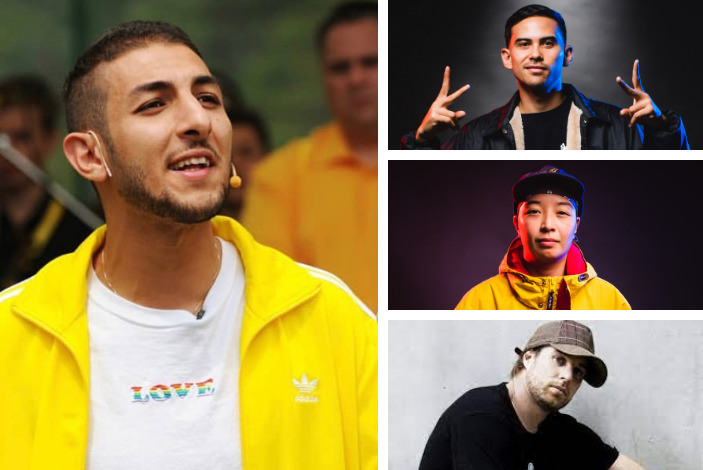 What is Hip Hop? Australian B-Boy pioneer Nick Power, joined by Jack Wardana aka Poppin’Jack of Stale Biskitz and Booyakasha member Alice Tauv aka Arisse openly share their strong sense of belonging to the Hip Hop community. Leaders in their own right, they take us through the roots of this “universal unifier” and the roads they travelled to find their own distinct artistic voices, from the Tanami Desert to Paris, the Inner West to Western Sydney where Sydney’s Hip Hop heart beats the loudest.

Alice Tauv, also known as Arisse, has over 13 years of dance experience and 6 years of teaching. She has continuously worked on her craft by learning from both local and international dancers in a variety of different Street Dance styles, mainly focusing on Hiphop Freestyle. She has represented Australia in competitions in Melbourne, Brisbane, Korea, Taiwan and Singapore as well as organises her own competitions. She continues to support and build the next generation of dancers through teaching classes and workshops at local schools and universities and teaching street classes for everyone to join. She is also Vice-President of DSDA Inc., which is a non-profit organisation that runs programs and workshops for the youth and young adults, and works closely with councils and organisations to curate events.

Jack Wardana
Poppin’ Jack has been dancing for as long as he can remember and has worked hard and passionately to get to where he is today. Through years of experience learning from some of the best in the world, Jack has gained knowledge, recognition and a deeper understanding of dance and how to teach. Jack has been involved in the street dance community since 2002 and attended the Newtown High School of the Performing Arts. Running events to nurture and grow the Australian community Jack is seen as a major influence in building, shaping and guiding the younger generation of dancers. Jack has represented Australia at competitions in America, Japan, South Korea, China, Singapore, New Zealand and Taiwan. In 2017 Jack and his Popping team competed in the KOD Street Dance World Cup Asian Qualifier in Seoul South Korea where they beat China and Japan to gain entry into the 2018 KOD Street Dance World Cup. He performs with his crew Stale Biskitz.

Nick Power
Nick is an Australian B*boy and Choreographer whose work draws on the rituals and culture of hip hop to create contemporary performances.  His practice spans from remote Aboriginal communities in the desert to the stages of the most prestigious contemporary dance festivals in Europe.  Crossing complex divides of place, culture, language and form is Nick’s forté. Nick’s most recent work, Two Crews, was commissioned by Sydney, Adelaide and Brisbane Festivals, featuring two hip hop dance crews: Sydney’s Riddim Nation, and all-women Paris crew Lady Rocks, and was made through 2019 on each crew’s turf, in Sydney and Paris. It premiered in Sydney Festival 2020 at Carriageworks. Nick was founding Artistic Director of Platform Hip Hop Festival presented by Carriageworks from 2008–2012. Nick curated Happy Hour #11 The Street Elite Edition featuring: Booyakasha, Tony Oxybel and Stale Biskitz, presented by ReadyMade Works of which he is a Board member.