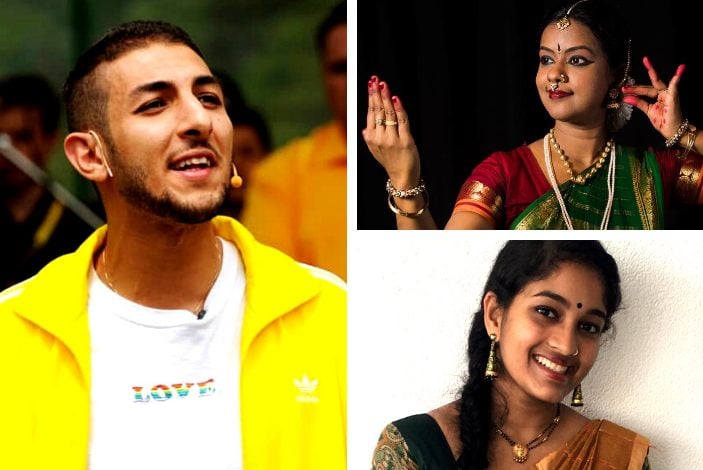 Aruna Gandhi
An independent performing artist, choreographer and educator, Aruna Gandhi specialises in the Indian-classical dance style of Bharatanatyam. She trained under the renowned artist Prof. Sudharani Raghupathy in Chennai, India. With an artistic journey spanning over three decades, she received the ‘Distinguished Talent Visa’ in Australia in 2013.  Aruna presents solos in Bharatanatyam, collaborates with artists for cross-artform projects, facilitates ‘Creative Movement’ workshops and is the Founder-Director of ‘Silambam-Sydney’ an institution for fine arts in South-West and North Sydney. Since 2009, she has performed at various mainstream and community events around Sydney and previously all over India. Her dance projects have won community grants from Fairfield & Liverpool city councils. She is a tutor at Australian College of Physical Education (ACPE) and is also a curator of community cultural events and festivals.   Her mission is to represent the Indian artistic and spiritual tradition and the multicultural face of Australia around the world.

Aruthy Kumanan
Aruthy Kumanan is a Western-Sydney born and raised Tamizh training in the art form of Bharatanatyam. Since having presented her first solo recital in 2013 she has been a student teacher at her dance school, Bharatalaya Dance Academy, Sydney. Aruthy continues to attain further training as a performer, teacher and creator. She has performed in various community festivals and charity performances such as Parramasala 2010, Holi Festival 2019 and Pongal Festival 2020. As an amateur artist, she has dabbled in choreography and continues to explore her artistic identity as she collaborates with her contemporaries and senior artists. In addition, she has also had a significant role in the staging of many dance and theatre productions. In 2018 Aruthy conceptualised, co-choreographed and staged her first thematic presentation, ‘Ma’. Currently, Aruthy is working towards the presentation of ‘Margam’, the inaugural show for a community arts organisation Niraivadhi Fine Arts, which she co-founded with the hope of fostering a platform for up-and-coming Classical Indian artists like herself.