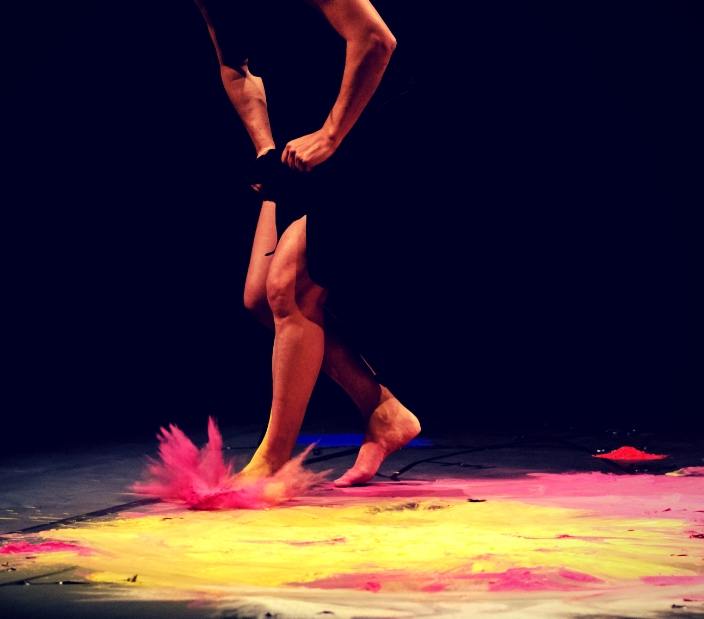 It’s been a week since I returned from a whirlwind excursion to my old stomping grounds in New York city. There I was an international student at Martha Graham (when she was alive, can you believe it- yes I am that old). I touched down on the same day as I arrived, only more than 24 hours had transpired since I had departed. It took half a minute for my fingers to feel the brunt of my failing eyesight and simultaneously test my patience, as I punched and re-punched in the elusive code, to gain entry and solace from the 30 degree drop in temperature I encountered at the entrance to my unmanned apartment complex.

‘Welcome to Country’, I thought, which was appropriate considering I was there as part of an Australian delegation for a conference titled First Nations Dialogues, or FND. For those of you who follow this blog, I had made a similar trip, two years previously, as part of Yu’pik (Alaska) choreographer Emily Johnson’s interactive performance installation titled Umyuangvigkaq. This was part of Performance Space New York’s Coil Festival. A series of provocations was introduced and discussed at a large round table gathering, while our hands were busy sewing components for a large series of quilts.

In the time between this FND event and 2017’s Coil a rather modest First Nations gathering had taken place last year. (This information was gleaned through a few references to the difference in scale between this and that first FND event.)

This FND event was heralded by much anticipatory pomp and circumstance with communiqués reported in the New York Times, accompanied by an online media frenzy of regular updates posted by Australian Indigenous arts advocacy body Blakdance, which infiltrated the f’bookesphere at full force. The overarching title for this event was KIN which featured talks, play readings and performances. The performances featured works by three Aboriginal Australian performers, Joshua Pether, Mariaa Randall and S. J. Norman, and were promoted under Performance Space’s no series and as part of the American Realness festival.

Tëmekekw (the opening ceremony) was heartening, representing a promising portent of the days to come. It featured a potent mix of ritual, protocol procedure and performance. As the public entered, Silvercloud Drummers filled Danspace at St Mark’s church in the East Village with their haunting chants which seemed to burrow very deep into the marrow or substance of a person. From this honourings and giftings were made to the founders of Indigenous theatre in North America, specifically the founders of Spiderwoman Theatre and Amerinda. Acknowledgements of their impact included a speech by Rachel Maza, who shared the trek her father Bob Maza had made to the US in the ’70s, in the lead up to the Black Theatre Movement in Australia.

The first show I witnessed was Joshua Pether’s Jupiter Orbiting, a multi-disciplinary performance piece whose title invoked an element of sci-fi. This premiered in Next Wave festival in Melbourne in 2018. At first glance I was met with a fabric-covered table on which were placed small plastic Lego-like architectural constructs. Pether manipulated these whilst (similarly) covered in a body stocking with attached plastic knick-knacks, augmented by a bright pink wig and an oversized pink flotation device.

The show unfolded as Pether’s plastic microcosm loomed large as a projection on the back wall. Large enough for Pether to inhabit. It was in that world of juxtapositional scale that the choreographer’s intent, of dissociation and eventual trauma, was seeded.

Jupiter Orbiting marked an important inclusion to the no series because it defied the popular preconception that Australian Indigenous dance has, or can be, imbued by any one visual aesthetic. An audience member summed it up perfectly when she stated, ‘I could have seen this in Germany. In fact, I think I did see this in Germany last year’. Although she did follow this up with, ‘If I want to see this, I will go to Germany to see it’. Her remark was made as if Germany had a patent on the type of performance she was witnessing and as if the performance she was witnessing was imbued with the same intent.

In a matter of seconds, I had gone from secretly harbouring some of the same sentiments to championing Pether’s artistic choices. It wasn’t until attending Reggie Wilson’s Fist and Heel company production of they stood shaking while others began to shout also presented at St Marks Church, that I began to ponder why my initial reaction and that of my neighboring audience member could be so affronting and possibly dangerous.

Reggie Wilson has coined a term for his own company ‘Post African Neo Hoodoo Modern Dance’ as a response to common preconceptions of both African and post-modernist dance and as a tongue in cheek testament to the fact that he sits neither in any one category, but in fact straddles both. Wilson’s work melded recognisable African and African diaspora dance tropes, with post-modernist improvisation structures. Wilson prefaced every performance with (not so) impromptu lectures. The ensuing dance was framed by a step-by-step guide, prompting us how to read the space in regards to time, space and movement. His demonstration of spatial relations in terms of proximity between audience member and performing subject, and in regards to the performers in relation to one another, was an interactive exercise in itself. An audience member was coaxed from her seat to run across the stage to demonstrate distance. Wilson instructed us to temporarily ignore the vocabulary and use those three principles as a guide to intuit or interpret overarching meaning.

I later discovered there were three different lectures that formed the introduction to they stood shaking while others began to shout which were rotated along with separate slideshows, quizzes and prizes.

Next came Mariaa Randall’s Footwork/Technique which was presented in two parts (watch the video). The first was an informal workshop where introductions were made by the exchanging of country and ‘mob’. Brief friendships were forged as, in partners of two, the sharing of our personal (from home) significant body of water was inscribed on paper and described as an individual locomotive with the feet. We then danced our own personal maps together as one living body of water before leaving a rendering of our map in electrical tape. Each addition became a tributary of a larger river.

Randall then placed coloured powder on the floor and danced its dispersion. She finally lifted the taped stencil from below to re-reveal our collaborative activities, in effect rendering us a unified clan.

Mariaa Randall’s dance of ‘traditional’ stepping, with body crouched low, transported me to a place of comfort, a place my body shared in muscle memory, a physicality that spoke of the heat, the familiarity I left behind to be there, amongst the over-dressed and (over) crowded concrete bustle.

Alas, I didn’t catch S.J. Norman’s Cicatrix 1 (that which is taken/ that which remains). I caught some First Nations play readings at La MaMa instead.

What I did witness was the bonding over very small tattoos each (willing) participant received as part of the event. A permanent marker as evidence of their presence. I was struck by the pride that such a traumatic theme and the dramatic expression of it could garner. That the cutting (and bleeding) of Norman’s body on the hour, every hour, for each recorded black death in custody over the course of a single year could elicit something positive amazed me. Those collective forefingers proudly presented, articulated the power in the act of retelling an event and of the profound resilience of the human psyche. That S.J. Norman had managed to elicit such an observation from me, in hindsight and from a distance, spoke of the power her work wielded.

After my encounter with Fist and Heel I realised that Pether’s, Randall’s and S.J. Norman’s worlds could only exist in this instance and the fractured past that each work referenced is what made them possible. The works of all three performers flourish in that same in-between world that Wilson articulated so beautifully. Their content alluded to a specific space and place and simultaneously transcended it. Their acts, so deceptively pedestrian at times, were also helping shape and re-energise the Australian Indigenous Dreaming scape for the future. By the inclusion of the Australian Aboriginal performances as part of the no series, which gave a nod to post-modernist pioneer Yvonne Rainer’s manifesto of the same name, I can’t help but speculate as to which practices are actually leading the forefront in terms of innovation and risk taking. Is it the western practices which formalised and separated the arts only to reunify them as performance art? Or is it the First Nations practices which have always utilised interdisciplinary formats, on country comprised of diverse site-specific spaces? They have always acknowledged a multiplicity of performative modes (as described in the opening ceremony), including an active participatory audience (pedestrian) we call community who have the ability to weigh in on, and sanction or discredit performance action.

This was a larger-than-life event, so another instalment re New York will inevitably ensue.