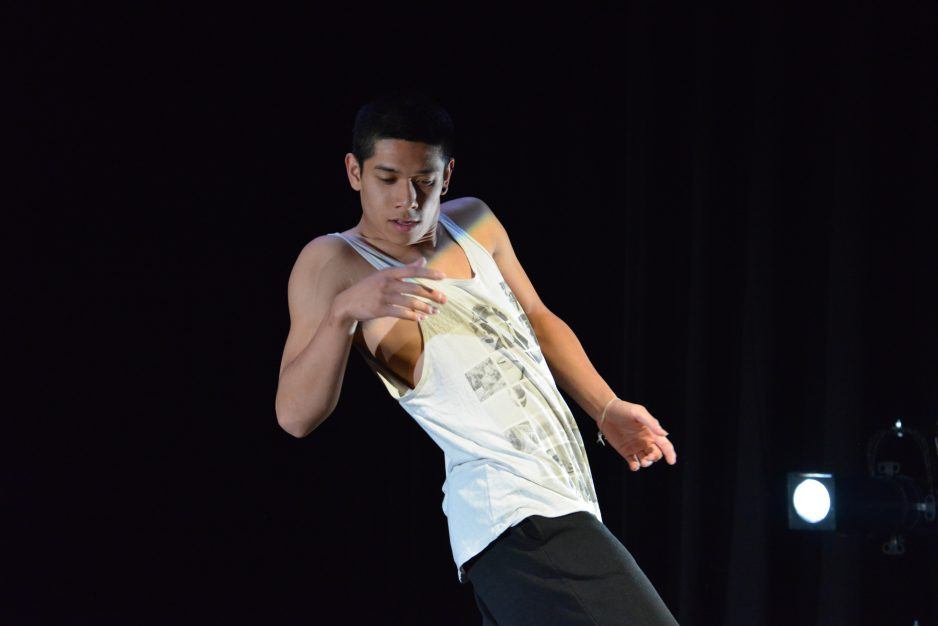 This year’s Fast+Fresh Dance concluded on Saturday with a gala awards final at the Lennox Theatre, Riverside. The event showcased the most accomplished short works by choreographers and dancers aged 21 and under, as presented in two heats held on Wednesday and Thursday last week. The evening was emceed by Hannah Bath.

I had been invited to be one of the judges, alongside choreographer Marko Panzic, best known from shows such as So You Think You Can Dance and Everybody Dance Now, independent artist Kiri Morcombe, Gina Marie Shrubsall (Ausdance NSW), Annette McLernon (director FORM Danc Projects) and Robert Love (director, Riverside).

The pieces comprised solos, duets and group works and incorporated various choreographic styles ranging from hip hop and jazz to contemporary and ballet. This, and the fact that the works were of a generally high standard, both in terms of choreography and performance, made judging much harder than expected.

As judges, we had 30 minutes to decide the winners in four categories – Best Choreography, Best Male Dancer, Best Female Dancer and Best New Talent. Our discussions were constructive and in the end the decisions were unanimous.

Best Choreography was awarded to the work Silk choreographed by Isabelle Leonard and danced by an all-female cast. Inspired by Daniel Wurtzel’s installation Magic Carpet, the piece impressed with intricately structured ensemble work. Best Male Dancer went to William Keohavong, a highly skilled and charismatic dancer who has recently been accepted into the New Zealand School of Dance. He won for the work Ben, inspired by the story of the ugly duckling and choreographed by himself. The elegant yet gutsy Demi-Jo Manalo won Best Female Dancer for her work in the moving duet You, choreographed by Kei Ishii and featuring sensitive partnering as well as original lifts and transitions. The Best New Talent award went to Brandon Atoui for his solo Unknown Fear both choreographed and performed by himself. Highly idiosyncratic in his approach, Brandon shows signs of developing into a strong-visioned solo artist. Last but not least, the Audience Choice Award went to the work I’m Not Yours, choreographed by Maria Esquivel and performed by Maria and Brett Hartnett – a dynamic duet, which tells the story of an insecure girl who resists the help of her friend. Secondment places with the newly formed Dance Makers Collective were given to dancers Naomi Lum and Sophie Riechelmann who both performed solos choreographed by themselves.

From the pieces that didn’t win any awards, I personally really enjoyed I Can Transform Ya, a fun-filled ensemble romp performed with verve by the more than 20 dancers from the Mackellar Girls Campus Dance Ensemble. It’s also worth mentioning that the calibre of the male dancers was especially high this year. Harrison Lee, a 13-year-old Ballet dancer who has already worked with The Australian Ballet impressed with faultless technique and a winning personality. Matthew Antonucci and Michael Northey were also outstanding, interestingly both performing a solo work set to the song In This Shirt by The Irrepressibles.

Congratulations to all the choreographers and dancers involved in Fast+Fresh Dance 2012!