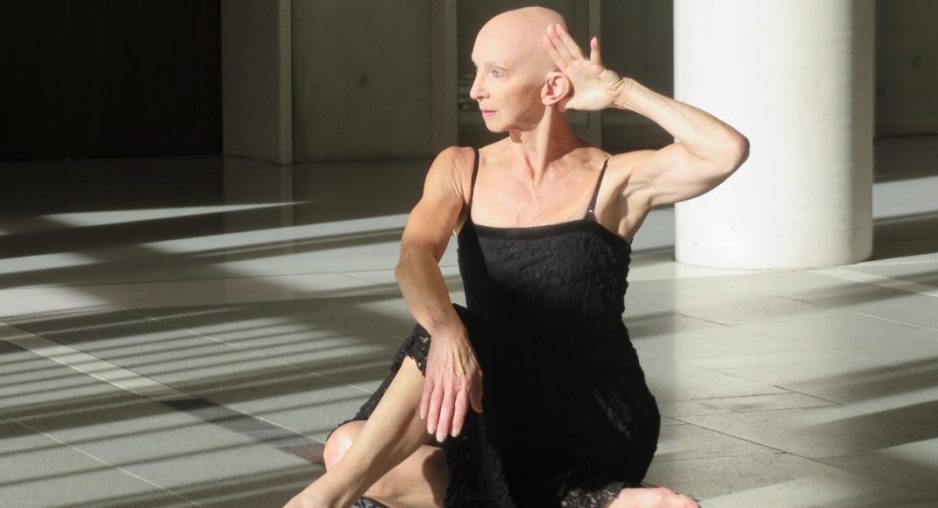 Don’t tell anyone I’m here- with you.

I’m out on the lam. Holed up in my house writing a thesis. About dance.

Yes, the thing I hold dear, is being held hostage. I am forced to find the verbal equations for my creative process, because…

Let me tell you, I’m not doing it, because I’m writing about doing it. I wish I were doing it but I’m planning for my future.

I ask myself if that future will be BOLD.

No seriously. I wasn’t present for all of the BOLD festival proceedings a couple of weeks back, but I was excited and exhausted at the same time. Someone, no everyone was saying it meant; Be. Old. And that Liz Lea, who did a marvelous job of putting it together on a virtually no-string budget, maybe made some typo and left out a letter and some wiggle room.

I can’t be sure if it was about being older in dance, but it was about transitioning. No. Maybe about moving sideways, instead of buying into the hype that only has one trajectory if it were ever going to be considered successful.

I remember telling my mother that dance isn’t something you go into to be famous. To this day she still thinks I had a chance of making it on Broadway when I studied in New York.

I got up at three (AM!) on the Friday morning so I could catch the five am Murrays bus and make it for the first talk. I made it, but there was no way anything of import was going to pass my lips after I’d lived half the day already, in darkness.

Good thing I didn’t have to because Liz  corralled and caroused a whole slew of American talent online, one of which was Mark Morris dancer David Levanthal, face of the Dance for Parkinson’s Disease program which has gone global. The woman who organises the Australian arm of the program was seated somewhere in the auditorium (sorry I didn’t catch you). He said that he looked to the UK as the pioneers for this kind of activity. Where dance has value in other places than the stuffy theatres, where only a small part of the population gets to see/feel what its all about. (I think that last bit’s mine, Levanthal was way more diplomatic and way more positive considering he’s coming from the country who’s rumoured to lose their entire National Endowment For The Arts budget. No wait, that hadn’t been announced yet.)

Dr Lester followed with a key note address with an opening line featuring prostitutes in the carers profession. We were all laughing and curious as to where it/this could go. It went to Gertrud Bodenweiser and her roundabout entrance into the world of dance via the Vienese waltz and Delcroise danced dramas. Sadly, not on ice but it did make a cameo- the ice dance and her experience of it.

The next day at the National Film and Sound Archive I caught the Patrick Harding-Irmer film “Das Modell, The Dancer and Lola” about him, his mother and estranged father. About her fleeing one part of Germany as she was pushed through the window into a train carriage on the wrong side of the tracks. (No that bit was revealed in the interview afterward.)

Then I had to chew the fat about Aboriginal dance with two fellow New South Welshmen blackfellas. Garry Lester began with a slide show of his family. He told us who begat who, when and where, demonstrating kin.

I practiced my thesis. Nothing like a captive audience. Except that they weren’t. Captive. I’ve got to hand that thing in (the thesis) so I needed all the practice I could get. Getting it out. That’s the thing with dance, there’s very little joy in writing about it unless you can dance on the page. I read my marking criteria and it would not bode well to unpack the emergence of The Body Politic into the Aboriginal cultural lexicon, with specific focus on proposing the original 1972 Aboriginal Tent Embassy as a modern day dreaming or song cycle, in poetry form. I will not lie, I had contemplated this, albeit pretty briefly.

Back to the NFSA.

After my spiel that didn’t leave much time left to Tammi Gissell, but her dance later that night spoke for itself. I think she came up to me afterward and confessed that maybe she’d done her best job the year before (when she had a kinder opinion of her body). I had never seen her dance better. She was stunning as much as her character was hopeless. She was not in ernest, but there was an ernest honesty and a gutsy maturity in her performance as a broken woman dancing the blues.

I did so enjoy Michelle Potter’s talk on the early Australiana ballets, many of which featured Aboriginal Dreaming narratives. I enjoyed looking at the sets and costumes which depicted decent facsimiles of a variety of artefacts, from backdrops with Wandjina spirits painted on them, to replica conical hair hats from Mornington Island. I say- maybe somebody should’ve gathered up the artful (and maybe not so artful) homages as proof against Terra Nullius.

I came away thinking- Whatever happened to the can-do attitude of the past generation? Listening to Dr Lester’s talk on Gertrud,  hearing the story of Mr Harding-Irmer and knowing so many people (yes I concede mainly men) fell into dance as if fated,  was genuinely inspiring.

I thought about writing this blog in poetry form because I love that it was not talking that brought us all together to talk. I had a deep desire to just dwell in the memories without the need to make sense, to quantify my experience. I possessed a sneaking desire to pass on some generative baton.

If this is what Be-ing OLD does to people, then bring it on I say.

Special mention goes to the Golden Oldies performing on the forecourt of the NLA. A good day for a ‘brella behaving like a parasol.

I’m delirious. Sorry, better get back to my wretched writing. Not this.