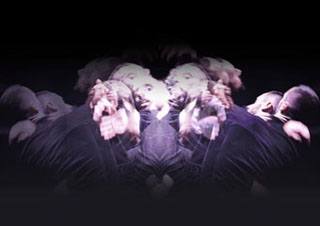 Hello, I’m back from Perth.

Great to hear that Liz Lea’s 120 Birds went well. I heard some very positive feedback from people who saw the show. The reviews I read were also really good, both in The Sydney Morning Herald and on Artshub.

Perth, by the way, was great fun. In addition to working with young dancer Sofie Burgoyne and teaching two workshops, I also went to see quite a few shows. One of them was the new production by LINK, WAAPA’s graduate dance company. Put together by its artistic director Michael Whaites, the program consisted of two works – Sweet Fields, a 1996 creation by American modern dance legend Twyla Tharp and Slack by Larissa McGowan, best known for her work with ADT. The pieces, vastly different both in style and mood, made for a varied double bill that showcased the skills of the company members in all their versatility. Keep an eye out for LINK when they come to Sydney in November, for their annual season at the Io Myers Studio, University of New South Wales.

As for the international works, Bonachela seems keen to introduce Sydney audiences to artists and companies who have not presented work in Australia before. These include works by Tao Dance Theatre from China and a collaboration between French choreographer Mourad Merzouki and a group of 11 Brazilian dancers from the slums in Rio de Janeiro. Only Dunas features, alongside Spanish Flamenco star María Pagés, a dance artist with whose works Sydney audiences are well acquainted – Belgian dancer and choreographer Sidi Larbi Cherkaoui (Zero Degrees, Sutra, Babel).

Spring Dance will be on at the Sydney Opera House 20 August – 2 September this year.

Coming up this week is the premiere of Matthew Day’s new work Intermission at PACT – Centre for Emerging Artists. Following Thousands (2010) and Cannibal (2011), it’s the final instalment in Matthew’s acclaimed solo series TRILOGY, exploring the body as a site of continual becoming and infinite potential.  I might be biased as I have been working on the piece as a dramaturg but I would definitely say that it is a must see for anyone interested in exciting, concept-driven dance. For more info check out Matthew’s recent interview in RealTime.

Speaking of RealTime, in case you are not sick yet of hearing from me, have a look at the article I wrote about Dance in Western Sydney in its most recent edition.
More next time!

"...the unofficial premier hub for dance in Sydney."