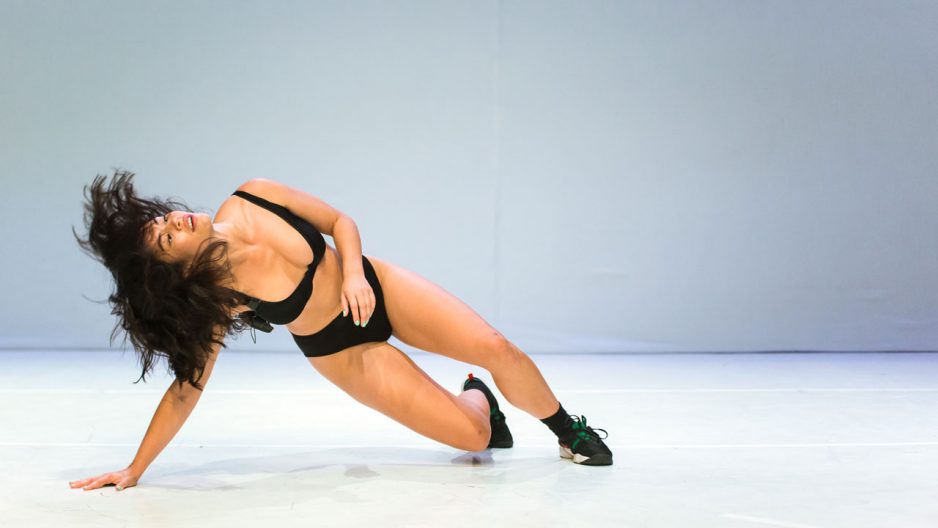 I just consulted my diary and realise that I have been self-isolating for a little over two weeks now. I would like to be able to share witty ditties followed by profound platitudes – but no.

After a little over 14 days I am beside myself with a mixture of selfish fear and loathing.

A fear that this current state will form the new norm, as aptly prophesised by none other than billionaire Bill Gates in a TED talk about the next apocalypse, instigated by germ warfare and not human combat, accompanied by an image that looked suspiciously like our novel friend Covid.

As if the world hadn’t already gone crazy amidst a heady mix of global politics headed by politicians in a no win showdown with an all powerful environmental foe and a teenage activist.

I (love and) loathe my now sporadic trip to the local shop, perusing the empty shelves devoid of bog roll only to clock and guiltily snatch up the type of grains they wouldn’t even serve in prison – yes, I’m talking about you pearl barley!

I fear I won’t be able to keep paying my rent into the foreseeable future unless I seriously contemplate adopting that 5-3 fasting diet as part of my new budgeting strategy.

I loathe not being able to bemoan my less than perfect technique in Brian Carbee’s release-based contemporary class at SDC.

I fear human touch will forever take a back seat in our lives if dance is relegated to the virtual realm. I mean tactile transmission from one body to another is the ace up our disciplinary sleeve, isn’t it? Sure, I can dance with a chair but it can’t respond, it can’t reciprocate, it can’t hold its breath, nor make me hold mine.

I bought a piece of wood to tap dance in my living room, but it doesn’t beat seeing the look of satisfaction pass between myself and my Realtime teacher when I nail a new technique.

Although I am buoyed by the fact that people who may not be courageous enough to take a class in a crowded studio might now try one, in the safety of their own homes, because now more than ever people are turning, or returning, to artistic and artisan pursuits to cope. We’ve seen evidence of this as video footage goes viral of people singing from balconies, crocheting, cooking from scratch and getting their groove on in various confined housebound nooks

All is not lost though, because the month of March began with so much promise, so much to see. Almost too much, even for me. So, my strategy for March Dance was to scale back somewhat and take in but a few carefully chosen experiences, rather than ticking them off like a tourist on a drive through.

Little did I know that in less than two weeks the theatres would go dark and my strategy would backfire.
My first March Dance experience was at Readymade Works in Ultimo. I had presented a development for one of the Happy Hour (#6, this one being #10) events in 2018, which was to become the rough sketch for a solo work titled plenty serious TALK TALK in the following months.

My first impression was that the three works on offer appeared like three disparate choreographies, although upon later reflection I realised how well all three artists’ works – Lee Serle’s Time Portrait, Jade Dewi Tyas Tunggal’s Soul Physic and Linda Luke’s Ash – related to each other and were reflective of the current period we inhabit.

Serle’s Time Portrait initially prompted me to meditate upon the empirical understanding of time, of the instant and its intervals in an ever onward, forward moving trajectory. Serle’s physicality was prefaced by an introduction in locomotion, followed by a clean spare phrase, his extremities a perfect demonstration of Euclidian geometry. As his trunk navigated each level in space, Serle’s eyes scanned the horizon at each locale and from kaleidoscopic angles, allowing us to imagine the studio without walls to confine us. With head parallel to and in close proximity to the floor, his eyes drew that same straight line, although this time our focus was drawn to him and with subtle quotidian gestures to accompany the architectural sweeping of his limbs, a contrasting element of humanity was introduced, and with it, a vulnerability.

Next up, in contrast to Serle’s mathematical machinations, Jade Dewi Tyas Tunggal in her solo convulsed and squealed, rattled bracelets and communed with the unseen. Her act could well be read as a de-colonial statement in antithesis of empirical order. Jade’s performance challenged the notion of appropriate behaviour, of the conservatism related to the usual conceits of the theatre, like the fourth wall, which indicates to the audience that the performer exists in world alternate to that of the spectators. Jade’s performance was bold and loud, appearing as an unashamed celebration of superstition.

Lastly, Linda Luke danced in collaboration with cellist Liberty Kerr. As a preface to her performance Linda acknowledged the trees, the animals, the lands and people affected by the recent bush fires. Linda and Liberty’s performance was a perfect example of Bodyweather, their bodies acting as sensitive conduits intuiting the aftermath. It was fitting that this work closed out the hour because I felt as if I had come full circle. Again, I found I was contemplating the instability of certainty.

How prophetic that turned out to be.

From Readymade to the Keir Choreographic Awards. So much had transpired from one event to the other. Actually, I was amazed that the Keir went ahead.

I taught a class in the lead up to the main performances and although there was no partnering element, we stood in closer proximity to each other than the now one point five metre minimum distance we are required to adhere to as we stomped, crouched, sickled and stretched toward invisible stars.

Of course, the two hour duration felt like a quarter of the time and it felt like we had only chipped away at the surface of the very complex proposition. The overarching consensus was that we each feel the gravity of our chosen profession and that although we are beholden to our respective communities for our livelihood, we must ultimately forge and navigate our own individual creative pathways. As contemporary Indigenous arts makers we also identified that we are both individually and collectively responsible for how we propel our cultural legacies into the future.

The Farm’s work was one of the dancier choreographies which drew us in with a quick comedy skit playfully playing on the erroneous lyrics of Elton John’s Tiny Dancer. This developed into a faceoff using the unveiling of multilayered t-shirts to reveal fundamental differences featuring age old rivalries, from Ford and Holden to Rugby v AFL and Apple Mac v PC. The bodies then extended this metaphor in a partnership featuring differences in body shape, approach and sensibility while highlighting individual strengths as their reliance on each other in counterbalance, support and synchronicity escalated. I read the program which stated the piece was about misunderstanding, yet I found the overarching theme to convey how things can be resolved from a point of discord.

Angela Goh’s work Sky Blue Mythic appeared to be a meditation on fate. Dressed in denim jeans, a nondescript black top, and a white cap, while holding a can of soda, Angela appeared as a solitary figure holding our gaze with hers.

She walked forward, tripped and fell and the contents of the soda spilled. I immediately thought of a Joan Miro painting as orange soda formed an irregular shape on an otherwise sea of white. White tarkett. White cyclorama. In this one act she had cleverly transformed the spare stage into a canvas.
Goh then moved on her hands and knees, in a slow motion seamless series of anticlockwise revolutions. This was later replicated on another part of the stage by the turning of the spike of a sundial in the same direction as a musical score played in reverse. I found myself predicting what was to come next and proudly professed the upcoming action to my neighbour sitting to the right of me. At first I was a little disappointed that I could preempt the ensuing action but then I realised that Goh was possibly manipulating our engagement with this work in laying down the groundwork for such a prediction to occur. I had experienced a similar theme at play in an earlier work presented in Darlinghurst whereby Goh had engaged a clairvoyant to predict her performance. It beggars the age-old question: where does a work come from? Is it something we manufacture or is it a prefabricated finished product just waiting for someone to pull from the ether?

Again, my rendering of Goh’s intent was not in line with hers. I have to ask myself – does that matter?
Alison Currie and David Cross’ Delimit was the most challenging. The choreography consisted of a dancer (Cazna Brass) putting together an instillation. She was not dancing, she was working. It was as if she were alone, unseen. I think we were all waiting for something to kick off. The choreography was in the construction, the trial and error. This work did the most to open up what choreography can be. It highlighted the shortcomings of the black box experience for I might’ve appreciated it more fully could I have walked around the action and left when my curiosity was sated, possibly returning and leaving once more. The act of pondering about what the work could be under different circumstances added to the satisfaction in regards to choreographic choices.

Amrita Hepi’s work was delivered as an autobiographical stream-of- consciousness dance lecture. In it Amrita located her practice and her sense of self by redressing Australian history from an Indigenous perspective. Two strong moments include a slow walk toward downstage centre talking about her displaced relationship to her Maori culture while contorting her face in pukana in warning and by using her shirt as the sails of the British tall ships followed by covering her head as if by a shroud. Amrita was in almost constant motion as she addressed us with a periodic employment of stillness which served to successively punctuate the work.

No spoiler alert as the results were posted weeks back – Angela Goh won the overall jury prize and Amrita Hepi the popular vote.

With at least six more months of isolation yawning before us, let’s see how we go. Hey, chin up, remember we’re all in this together and if things get tough close your mouth (but don’t touch it) before you say something you’ll regret, because there’s nowhere to run. Instead, close the door, scream into a pillow and then punch it.