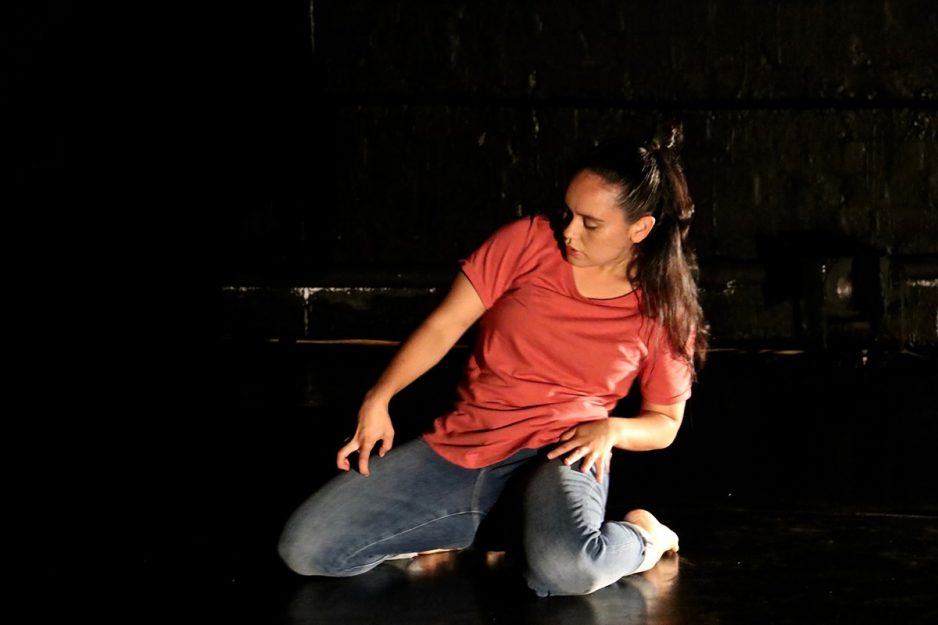 So we come to the end of another year. I know I should reflect on all that has come to pass, but my mind is still full of the images which will dictate this blog. It is fitting that I bid adieu to 2017 with magic. Black magic in what I affectionately call a ‘Blakout full of Shape Shifters’. Buckle in because it’s a relatively long blog to tide you over.

Was there a second coming of NAIDOC in November I wasn’t privy to? In the last weeks of November, not only was NAISDA in residence at Carriageworks, so too was Bangarra Dance Theatre, while indigenous independent Thomas E. S. Kelly was choreographing up a storm at Pact Theatre and the indigenous Homeground Festival  was going off down by the sails at the Opera House. It was not just the fact that they were all happening, but it seems there was also a common theme running through the performances. (Sorry Homeground,  I missed you this year because after all I am still a dancer myself and was more than a little inspired to fit in a class or two for myself after the first three events.)

This season it was all about shape shifting. Not just the inevitable shift one makes when entering the staged arena but the magical ability to fluidly transform from one entity to another, hailing from the Dreamtime when landmarks were created from an amorphous primordial sludge shifting shape until resting to form the special features of the topography and the subsequent animal and plant life residing in those places.

If it sounds like I know what I’m talking about it’s because I gave it a go myself last year in choreography about the birth of the Dreamtime for NAISDA’s fortieth anniversary. One could say that learning how to shape shift is a rite of passage for Aboriginal dancers. Right from the get go, over 30 years ago as an auditionee for the College (NAISDA) I was taught a Yolngu Mookuy or devil dance and remember my tutors Janet Munyarryun and Larry Gurruwiwi demonstrating the stealthy stepping of a spirit, combined with a gaze of mesmerising and eerily frightening intensity. Such was the power of their otherworldly presence.

The NAISDA show was very slick this year, beginning with an audience pleaser Mash Up chronicling a day in the life of the college, choreographed by Pam Williams in collaboration with the students.  It opened with the students warming up only to be replaced by a rousing lip syncing sequence whilst lined up at the barre of Big Spender  from the musical Sweet Charity  before the students’ gymnastic abilities were showcased with alternating tumbling sequences and short, sharp gestural manoeuvres.

The colour palette for the entire production was predominantly monochromatic, the cast donning black, except for the Torres Strait Islander section, which is always festive in choral sound and floral sight. Then a burst of colour from Frances Rings’ work, appropriately titled Shapeshift.  It featured a corridor of orange light, like a catwalk for the ensemble to emerge.

The dancers are strong and now, more than ever, are equipped with the ability to enter any mainstream company should they choose to. It was graduating student Bradley Smith who captivated our imaginations in Maori choreographer Taiarora Royal’s work Moemoea.  Bradley won us again in a solo of his own making, Saltwater Freshwater,  imbued with a tactile quality where each muscle moved interdependently to make an undulating whole.  This other-worldliness reminding me of the consummate transformation of my Yolngu tutors all those years previously.

Next up Was Bangarra Dance Theatre’s triple bill, Ones Country – The Spine of Our Stories,  which saw three new company choreographers given a chance to flex their creative muscle. It was fantastic to see songman and founding company member Djakapurra Munyarryun (little brother to the aforementioned tutor Janet) afforded the opportunity to determine the framework of his Yolngu traditional songs and dances within this contemporary bill. Since the fleeting moment I performed alongside him as a fellow dancer on tour with the last performances of Ochres  and into the first round of choreographic explorations by company dancers Marilyn Miller, Frances Rings and Russel Page more than 20 years ago, I have waited with bated breath for Purra to show us what he would do.

His dances were structured much like they would be on community, celebrating the collective sacred meditation that they are, an affirmation of law and lore. Whenever I or others get complacent about what we are witnessing, I remind anyone within earshot the dances he is presenting are over a hundred generations older than the western classical ballet form, which has been in practice for mere hundreds of years.

Kane Sultan-Babitj’s Place  was truly refreshing. The set was simple, made from traffic/construction fencing which was moved by the dancers themselves into various configurations demarcating the theatrical space throughout the work. Because the work was inspired by Sultan-Babitj’s autobiographical circumstances as a young gay urban indigenous male, I was half expecting a theatrical song and dance work. Well, maybe not a musical per se but something a little more literal nonetheless. How wrong could I be? For Place  was imbued with the exact intensity of the Mookuy dance as well. Kane-Babitj created a world set in the here and now with the fencing but the energy he harnessed from the dancers defied containment. Put simply, KB found their fierce. The frisson between Tyrel Dulvarra and Yolanda Brown was palpable to the point where I felt as if I were voyeuristically eavesdropping. The subsequent solo Sara-Moany,  performed by Leonard Mickelo on and around a single fence, momentarily reminded me of Martha Graham’s Frontier  – also about breaking new ground – on the western plains of North America. Mickelo finished the work on a definite high. His body was malleable, becoming an extension of the fence, redefining it much the way Australian indigenous peoples have learned to adapt to changes, becoming a symbiotic component within our evolutionary colonialist system.

Lastly Nicola Sabatino paired up with Elma Kris to present Whistler,  inspired by the sacred call of the dugong. I immediately saw the females as mermaids as many sailors believed the dugong to be sirens of the sea, luring them to their deaths. It was interesting to imagine an amalgamation of this western myth with the Torres Strait Islander.

This work too was refreshing because there was a rolling, undulating quality to the movement vocabulary which was explored to exhaustion in every manifestation from changes in level to multiple configurations in partnering. Tara Gower’s grinding pelvis in the second part of a primal trio titled Mating  felt like a dare or a challenge to watch. This made a lasting impact as I reflect on the works. It was a courageous choice and what we’d expect from emerging artists, to push boundaries past those mentors and choreographers before them.

It is perhaps fitting then that I now refer to Thomas E.S. Kelly’s SHIFTING>SHAPES under the banner Karul Projects. Yes, Thomas Kelly has formed a company which will be in residence next year. A very exciting decision.

Twenty years ago, when I got off my butt and started dabbling in choreography, I started slowly and formed a close knit group. When they eventually left to embark on their own artistic travails, it felt like a piece of me left with them. I would like to say it gets easier but I’d be lying, for there is still some proprietary tug.

In SHIFTING>SHAPES I inevitably saw remnants of myself in the work as past teacher, choreographer and mentor to Kelly, but I also saw, more than ever before, departure points in Kelly’s strong amalgamation of pedestrian gesture with indigenous vocabularies. Performed as a solo by Taree Sansbury, there was a rhythmic presentation of repetitious motifs in a section of the dance with Kelly narrating a Dreaming story, which encapsulated Kelly’s overall ‘speaking style’ choreographic aesthetic. Sansbury was a force to be reckoned with from beginning to end as the choreography demanded a body capable of speaking serious business, accompanied by the gravitas needed to offset the humorous mockumentary video preceding the dance.

In the video component which opens the show Kelly plays a reporter, following the lives of three modern day shape shifters, delving into the viability of this Dreaming characteristic with three other performers, Libby Montilla, Natalie Palareck and Jess Holman. They have performed in Kelly’s previous works and will no doubt play a part in his future company.

This was the perfect end to my experience of NAIDOC in November, watching a pared back show in an intimate setting, where I was so close to the action I felt like I could catch the promise of things to come. Somehow go for a ride in the wake of possibility. For the choreographers and dancers in these collective bills are in the process of shape shifting, of coming into their own, not only as makers of dance but as cultural custodians.

Shortly after the inevitable countdown, when the festive explosives have frightened fauna and the Coathanger has declared its message, I will be back. Yes, the new year beckons with plenty of dance within the annual Sydney Festival lineup and I will be perched bum on seat(s) to whet your dancing whistle. So don’t forget to check in and in the meantime catch up on some of my older blog posts. Until then…..