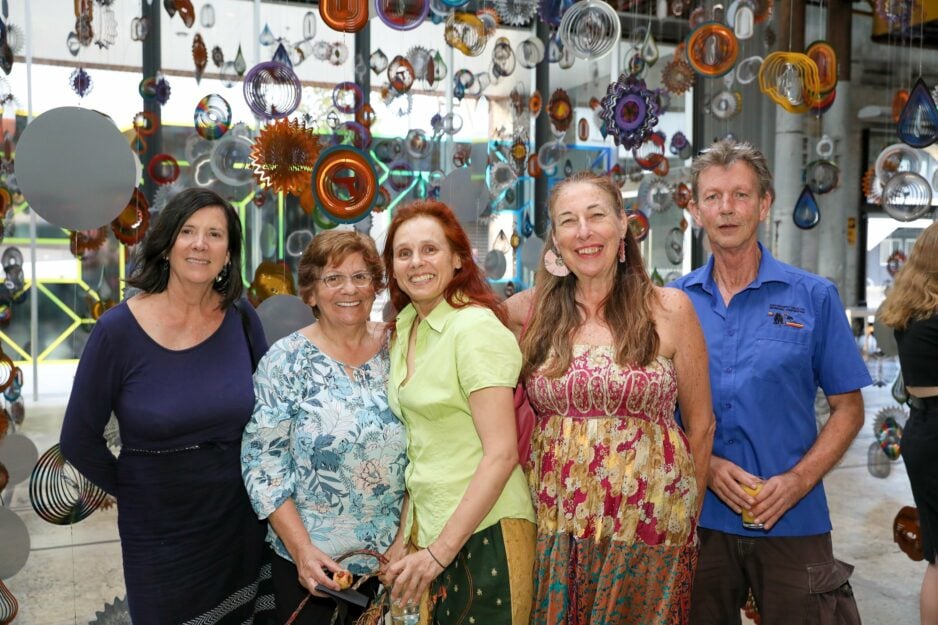 Damnit, as this bloody pandemic sprawls into the inconceivable future so too do our fates. I switch on every media platform and all I get is yet another doom ridden facet of the ever-unfolding Covid pandemic, albeit now momentarily competing with the Olympic gold medal tally of the Tokyo Games.

So… what’s up dancers? Like the last blog, we are still stuck in the old-time town of ‘Footloose’ where a well-coordinated sidestep is a fineable offence, but a duo of body lunging buddies wielding kettle drums in what appears like lycra shrink-wrapping, is still apparently OK. Although readers, you will be pleased to note that dance training does come in handy and can still make the odd appearance. In my case it was as I was waiting in the line at my local supermarket when a rare breed of doofus in the form of a naked faced shopper was standing directly behind me. Yes, a menacing unmasked bandit was inching ever closer, definitely encroaching within my 1.5 metre spherical bubble, when my legs did what they naturally do and started swinging en cloche. Like a bell, it was as if my extremities became my own in-built security app. I finished my short sequence of leg swings with a step ball change in prep for the other side, just in case I had to keep asserting my point, but needless to say social distancing was restored, and the offender backed off. Phew.

I briefly thought I would dedicate this blog to the plethora of dance vids available on ABC’s iView, including some Bangarra Dance Theatre productions still up to honour this year’s recent NAIDOC celebrations. There’s also a decent three-part doco chronicling the development of the Australian Ballet titled ‘And We Danced’, beginning with the early Russian influence when an incarnation of the Ballet Russes toured the Antipodes, which makes for interesting viewing too.

It was Edouard Borovansky and his wife, who amongst a pool of company dancers, stayed behind to dodge the second world war, forming a company of the same name, which would eventually be renamed with the national dance company moniker. The Australian Ballet documentary series details behind-the-scenes developments, from its succession of artistic directors, to the shifting venues housing the company and shifting financial states, including grueling touring schedules to raise revenues and dancers’ strikes for better conditions that shaped the company into the national arts entity we recognise today.

Then I thought to myself, these big companies always get a huge wrap so I am going to dedicate this blog to somebody who is equally imperative in terms of her continuing influence on our country’s dance-scape but would and does often otherwise go relatively unnoticed. I am talking about perennial dancer, choreographer and grassroots dance advocate Karen Kerkhoven.

Through hours of conversation I have gleaned this. Karen was born in the St Lukes hospital in Rosalind Gardens near Kings Cross. Her grandparents owned a newsagent nearby on William Street and every time we meet at the Critical Path research centre in Rushcutters Bay, she reminds me of her strong sense of belonging to that specific inner city Sydney patch of turf.

Karen gained her interdisciplinary arts perspective through her mother’s early influence as an abstract artist. Kerkhoven’s mother trained under renowned abstract expressionist Hungarian painter, printmaker and teacher Desiderius Orban. There was a time when Kerkhoven would quote passages of Orban’s from his book titled ‘Understanding Art’ to me at ever diminishing intervals until I thought I knew of him better than half my immediate family members.

I can’t be sure, but I surmise it is Orban’s writings espousing creativity over dogged technique that has been the motivating factor driving the career paths of both Kerkhoven and her mother. For Kerkhoven’s mother, Hilary, it was to up sticks and travel from Sydney to take work as a designer in Hobart, Tasmania for merchant, entrepreneur and founder of the famed Australian textile brand Sheridan Claudio Alcorso, whose winery is now the site of the unique contemporary art gallery Mona. For Karen, her early life influences are expressed in an open ended exploratory artistic approach, which has seen her apply for arts grants in poetry form, espousing blue sky and divergent thinking as critical strategies for making work, in lieu of linear models full of rigid schedules and (dreaded) key performance indicators. It is in this relatively free spirit that Kerkhoven has instigated her ‘imagine residency’ available on site, on her property outside of Foster in regional New South Wales, which features an outdoor stage space amongst an abundance of local wild life and which mainly attracts artists from all over the globe including Finland, the United States and Japan.

Kerkhoven’s artistic approach has also spawned an annual event titled ‘On the Cusp’. ‘On the Cusp’ features an evening of non-curated performance whereby artists are chosen on the sole basis that they have something to share in performance. No judgement, no preference. Many artists (myself included) have used ‘On the Cusp’ as a vital springboard to bigger productions, fleshing out initial artistic ideas in front of audiences who attend with open minds in preparedness for surprise. I have seen choreographer Jay Bailey present an amazing group work in harnesses transposing the vertical for the horizontal plane, with all the excitement and danger of hanging in the air, performed transversely across the stage space instead. I have witnessed Omer Backley-Astrachan’s virtuosic physicality as he danced in Geraldine Balcazar’s choreography, and been privy to a hidden comedic talent when he featured in his own works in later programs.

Kerkhoven started teaching at a young age confessing to me that she began while still amassing her own professional skills. Kerkhoven stated that in those early days it was necessary she stay at least one step ahead of her students, this she did by teaching the Cecchetti classical ballet syllabus while studying for her advanced teaching licentiate exams. Renowned choreographer and theatre director Kate Champion recalls Kerkhoven teaching her when she was 19. Champion declares that it was Kerkhoven’s strong improvisational component that directly influenced her creative methodology citing a specific incident where Kerkhoven transformed what could have been a traumatic experience into a fertile space for creative synthesis and catharsis.

In an interview with the NSW Department of Education, Champion describes her experience-

“Well, I’ll tell you one story that’s very unusual, and I guess it’s divulging a bit of family history that’s a bit sensitive, but due to something that was going on in my family, we had to go to family therapy. And when I went to dance lessons one of the afternoons after going to family therapy Karen Kerkhoven asked what we did. And I said the therapist asked us to put the family in positions in the room as we saw how we related to each other. So back-to-back, or far, or close, or sitting down, standing up. And she took that task. And then we did it in our dance class and everyone made up, I guess, photographs of how they related to their family. And she took something that I guess could have easily been quite painful or traumatic into something creative. And, yeah, it was extraordinary.”[1]

Kerkhoven’s dance lineage can be located within the European expressionist realm. Her major formative training was conducted with Jean Dembitzka. Dembitzka was born in Poland and grew up in Vienna, training under German Modernists Harald Kreutzberg and Rudolf Laban. Dembitzka was also trained in classical ballet and Spanish folk with Leon Wojciechowski in Warsaw before emigrating to Australia in 1947. Of Dembitzka’s classes Kerkhoven recalled,

“Learning from Jean till I was fifteen, we were taught through technique and improvisation to find our own unique way of dancing. Dance was not just counts and memorising steps. It was an artform of communication.” [2]

There’s so much I haven’t covered concerning Kerkhoven including studying theatre under Hayes Gordon at the Ensemble Theatre, an extensive Asian tour of high kicks performing the can-can, or a spot on Channel 9 performing Cabaret with Liza Minelli, her years of teaching in the early years of both Redfern Aboriginal Dance Theatre and NAISDA, her guest choreographies for One Extra dance company and Tanya Pearson’s school of dance.

Not last and definitely not least, I have been honoured to be a part of some of Karen’s choreographies, the first of which featured a fiberglass sculpture reminiscent of an oversized Fibonacci spiral shape, a male dancer whose partnering featured on a small TV monitor perched atop said sculpture, while I danced in concert to my image replicated on the screen on a stage filled with dried leaves that crackled under foot. It was my first job as a professional dancer and years later in my own works I am making my own sculptural instillation pieces to dance with. This is in no small part down to that first experience. Oh yeah and in my last dancing foray with Karen I played a goat with Taree Sansbury and we frolicked through the bushes with whimsy and with twigs affixed to our heads in a piece called ‘ebb and flow’. Such fun. Fodder for an upcoming podcast maybe me thinks.