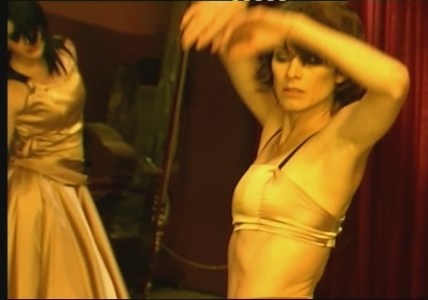 Everyone feels a great sense of satisfaction when Australia wins a medal at the Olympic Games and profound sense of pride about our tradition of accomplishment in various sports over the years. If dance film had an Olympic Games, perhaps more people would be aware of our equally impressive record as a country in this area as well. Without taking this opportunity to articulate a theory of the sometimes contentiously debated artform of screendance , let’s just say that major world figures through the history of dance on screen, from popular musicals to experimental cinema, from dance captured on screen to dance made exclusively for the screen, in addition to a number of leading theorists and curators, have been from Australia and indeed from our near neighbour New Zealand. Perhaps it is the fact that screendance can overcome the tyranny of distance, travelling and competing on an equal playing field for the hearts and minds of international audiences in a way that is always a struggle for touring companies. Perhaps it is because we have inherited a blend of so many cultures that we can effortlessly see across the boundaries between art forms. For whatever reason, it was a great pleasure to have the opportunity to offer a broadly comprehensive vision of the theory and practice of this hybrid form to the next generation of practitioners in the recent Dance Film Masterclass offered by Australia’s national film school, AFTRS, with the support of FORM Dance Projects and The Physical TV Company. It was a delight seeing the quick-witted students and the indefatigable dancers take on the challenges of the workshop with such relish, dynamism and gusto. A sign of exciting things to come, no doubt!